Top Gear Behind The Scenes

Personally, few assignments inspire and excite me as much as 000 Magazine… a sentiment that is surely shared by the select few contributors to the no-compromise passion project helmed by Pete Stout. 000 is a robust publication that directly respects and reflects the contributing artists. When a magazine prints a giant dual-page spread of stitching detail of a normally obscure seat, it shows the level of devotion to the craft shared by the original designers themselves. When flipping through the immersive 20-30 oversized page features, it feels as if you’re there. And of course, the writing is equally as impressive with incredibly detailed research and expert insight. So, without surprise, I am deeply honored to grace the cover of issue 005.

In the humble hills of Durham, NC rests Road Scholars, one of the world’s most renown concours restorers specializing in Porsche. Two of their many prized possessions include a 1959 356 Carrera GT, and a 1959 356 Speedster GT. They may look modest by today’s standards, but these are the modern day bruts such as the 996 and 997 GT3. The writer Dan Proudfoot writes “For Porsche, these were important cars—built to win wherever they raced. One was shipped to Africa while the other was destined for America. The cars would cross continents and survive multiple owners, not all of them caring, before they were reunited under a single roof.”

To have these two decorated, world-traveled, raced, used & (properly) abused, now immaculately restored siblings reconnect under the same roof after 50+ years is astonishing. I felt it would be proper to place these timeless relics at an airport that still has the charm of yesteryear. As expected, all fortunate onlookers had nearly three hundred fifty-six questions that had to be asked. 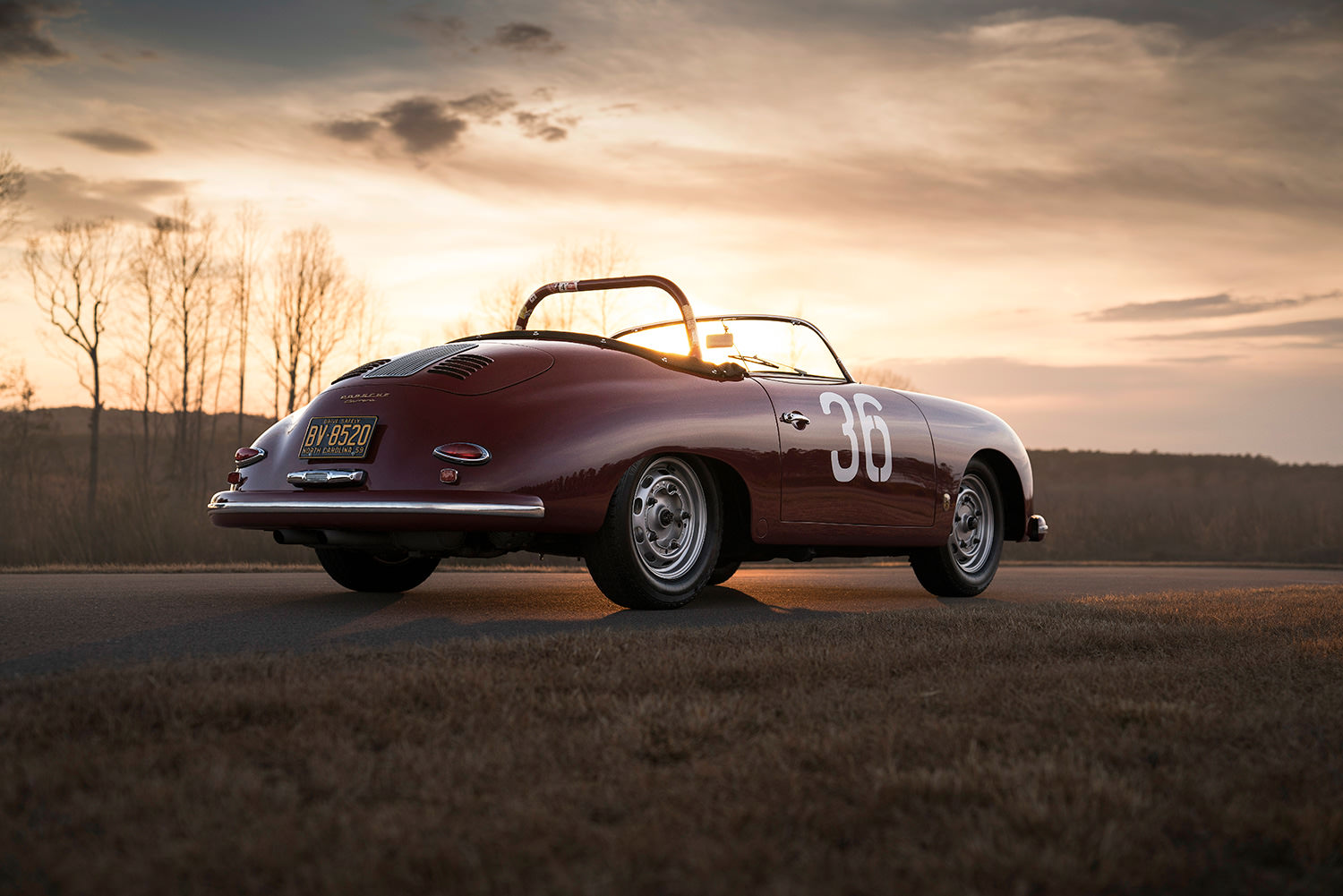 Something brand new for this blog post. I blazed through all of the RAW unedited images from the shoot and simply recorded the screen. Bizarre to compress a feature months in the making into a 35 second clip! All images shot with a Sony A7RII and A6300. Play and pause, even I don’t know where the slide will land. Giant thanks to Pete Stout for allowing me the privilege to shoot for 000 again. My road warrior buddy Durango for assisting, Road Scholars for letting me peek under the bonnets, and Gilliam McConnell Airfield for the majestic location. For more information on purchasing this specific issue, click here.